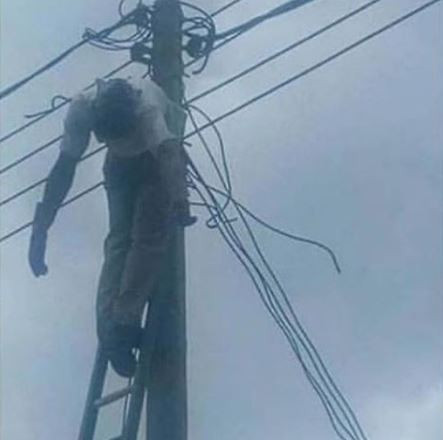 An electrician lost his life while working on a transformer, on Wednesday, in Eliozu, Port Harcourt, Rivers State. According to an eyewitness, the deceased had forgotten to remove the transformer fuses before proceeding to work on the electricity pole, only for power to be restored and electrocuted him. His remains has since been moved to a morgue.The post Graphic Photo: ‘Costly mistake’ leads an electrician to get electrocuted in Rivers State appeared first on Linda Ikeji Blog.