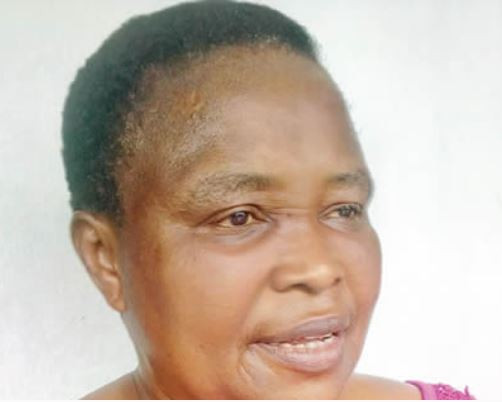 On Saturday, April 13th, Margaret Udoh was allegedly assaulted by officers of the IG Intelligence Response Team in Akwa Ibom State. In this recent interview with Punch, she narrates her ordeal saying, ‘It was in the early hours of Saturday, April 13, 2019. I was alone in my house at Ibesikpo Asutan, and at about 1am, I heard people jumping through the fence. After a few seconds, they started banging the protectors. I went to the window to see what was happening’. She went on to say, ‘when they saw me, they shouted at me that I should open the door for them that they were policemen. I asked what they wanted at that time of the night. They refused to listen to me and kept banging at the protectors. At this time, I summoned courage to call for help from my neighbours who later called a patrol team. The patrol team came after an hour.  When the team arrived, they told them they were policemen. They keep hitting the protectors with a hammer and an axe until they succeeded. I ran and hid myself in the toilet, they went in there and dragged me out naked. They called me all sort of unprintable names. They said I was a witch with a rotten private part. Later, they dragged me outside where two police vans were waiting; there were about 20 of them’.When they dragged me out of my house, I was taken first to the Nsit-Ubim Local Government Area and while at the Nsit-Ubim LGA, one of them said I should be killed but the others said it was not yet time. In the midst of that argument, they took me that night to B-Division, Ewet Housing Estate in Uyo, the state capital, where I spent the night. It was the first time in my life to spend a night in a police station. They denied me access to my phones and I was left there till 3pm the following day. I have not been so humiliated in life. I was asked to write a statement and that I should include in the statement that I allowed a suspect to escape. After writing the statement, they released me on bail and asked me to report back on Friday.What do you want the police authorities to do in this case?I want justice to be served. The police should carry out a thorough investigation into the matter and ensure that they bring the culprits to book to serve as a deterrent to others. I am a nurse and a pastor. It is an embarrassment to me. They humiliated me for doing nothing. I want the Inspector-General of Police to look into the matter and ensure that justice is served.What losses do you suffer from this development?I have gone through a lot of trauma as a result of the incident.  The first three days I could not walk. I was taken to the hospital at Ibesikpo. You need to see the pictures they took when I was in the hospital. They hit my head with the butts of their guns, repeatedly on my head while asking me questions in my house. They destroyed my roof, protectors, doors and many things in the house. I still go to the hospital for medical attention. I was there on Wednesday for another x-ray. I have suffered so much.What do you know about the case of robbery and kidnapping alleged by the police?In fact, I don’t know anything it. I said earlier that I am a pastor anda nurse. I have never been involved in any police case before. I just heard of the allegations for the first time in my life.  I have discussed the matter with a lawyer.The post ‘I want the police IG to punish officers who humiliated me in my house Akwa Ibom divorcee brutalised by policemen speaks appeared first on Linda Ikeji Blog.

Shell on challenge is the latest challenge to hit the internet...