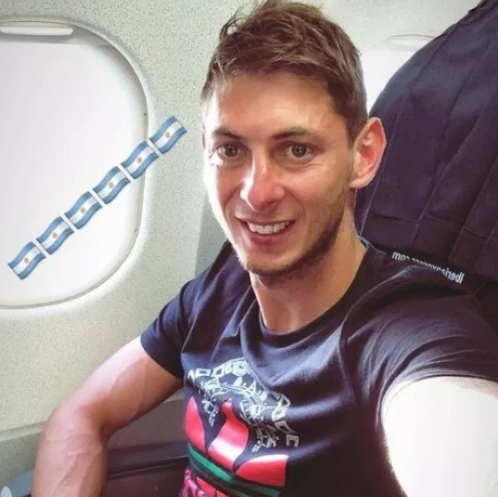 A man and a woman have been arrested after photos purportedly showing Emiliano Sala’s body lying in a morgue were shared online.The woman, 48, and man, 62, were arrested in February after they allegedly obtained the pictures of the footballer’s remains. Their arrest has just come to light after one of the images was made public.The photo allegedly shows the Argentinian striker’s remains at the Holly Tree Lodge mortuary in Bournemouth after the star’s death in a plane crash.

Wiltshire Police said: “There is no evidence to suggest a break-in at the mortuary, and no evidence to suggest that any staff from the mortuary, or indeed any other council employees, are involved in any wrongdoing.”The suspects, both from Wiltshire, were arrested on suspicion of unauthorised access to computer material.A file of evidence has been sent to the Crown Prosecution Service (CPS) to decide if it will bring criminal charges, said Detective Inspector Gemma Vinton.Ms Vinton added: “My thoughts remain with Emiliano’s family for the pain they have endured throughout the last three months, and who should not have to go through the additional anguish of knowing such distressing images have circulated on the internet.”According to Metro UK, Linda Barker, head of bereavement services at Bournemouth, Christchurch and Poole Council, said: “We have been working with Wiltshire and Dorset Police to ascertain how images from Holly Tree Lodge mortuary were obtained.”Maintaining the private and respectful environment of the mortuary remains an absolute priority.”The post Two arrested over photos of Emiliano Sala’s body in the morgue which was shared online appeared first on Linda Ikeji Blog.