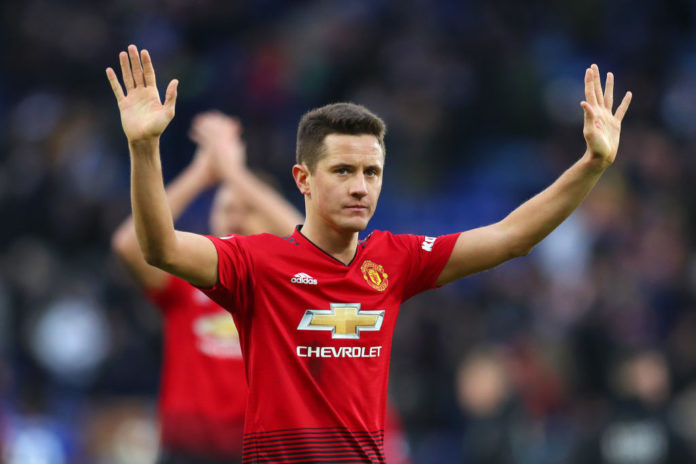 Spanish midfielder,  Ander Herrera has confirmed he will leave Manchester United when his contract expires this summer. The 29-year-old who looks to be edging closer to joining Paris Saint-Germain on a free transfer paid tribute to both the fans and the club for the ‘five amazing years’ he has spent at the Premier League giants. In the posted on Manchester United’s Twitter account this morning, Herrera said: ‘There is red in my heart. I knew it from the first time I played here and in the moment I started to wear it. ‘A club with thousands of fans that respect and remember all the players who give everything. I felt special when I heard my name chanted. I felt proud when the fans decided I was part of this incredible history.’Every time I represented this club in every game, in wins and losses, even when I couldn’t help from the grass, I understood what this club means.’I am going to remember each of the almost 200 matches that I have played with this jersey because playing for the greatest club in England has been a true honour. ‘Thanks for these five amazing years!’He added on his own Twitter account: ‘I could never express enough gratitude’. Herrera who joined from Athletic Bilbao in the summer of 2014, went on to win the FA Cup, Community Shield,  EFL Cup, and Europa League titles.The post Ander Herrera confirms Manchester United exit as he edges closer to joining PSG on a free transfer appeared first on Linda Ikeji Blog.