Chelsea have been crowned champions of the Europa League competition after thrashing  Arsenal 4-1 to lift the trophy on Wednesday night at Baku Olympic Stadium in Azerbaijan.

The Gunners had a good start into the game, but Chelsea ran riot in the second half with three goals in quick succession following a disastrous second-half performance from Arsenal. 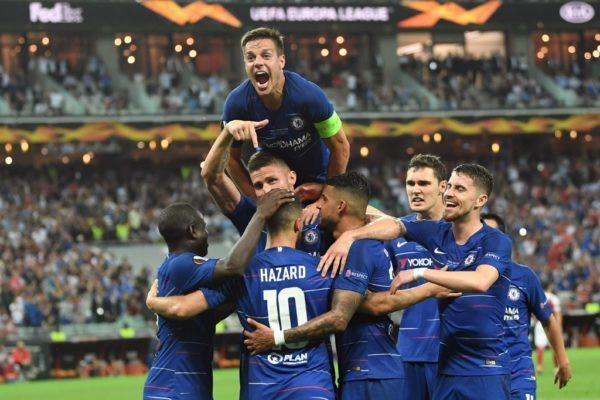 Eden Hazard added a third in the 65th minutes after Giroud was fouled in the box. Arsenal’s Alex Iwobi did produce a moment of inspiration after scoring a thunderbolt goal in the 69th minutes before Hazard sealed the win for Chelsea in the 72nd following a sweeping counter-attack. 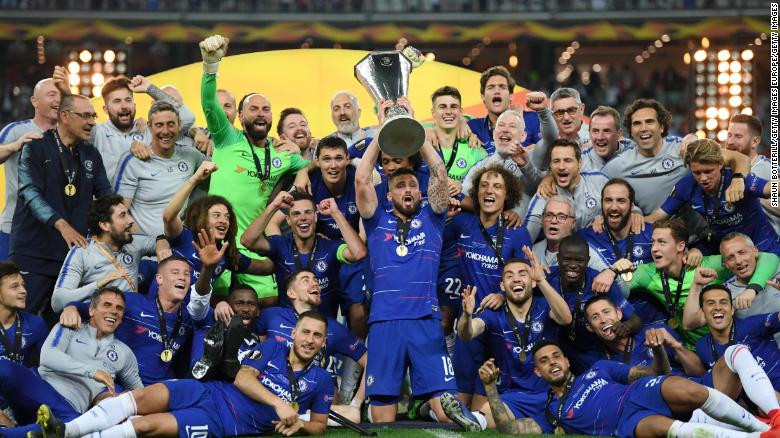 Wednesday’s final appeared to be the last game for Eden Hazard who is moving to Real Madrid for £115m, with Chelsea coach Maurizio Sarri set to be named the new manager of Juventus. Arsenal goalkeeper Petr Cech also played his last game. The 37-year-old who is set to be Chelsea’s sporting director announced he would retire at the end of the season after 15 years playing in England’s top-flight.