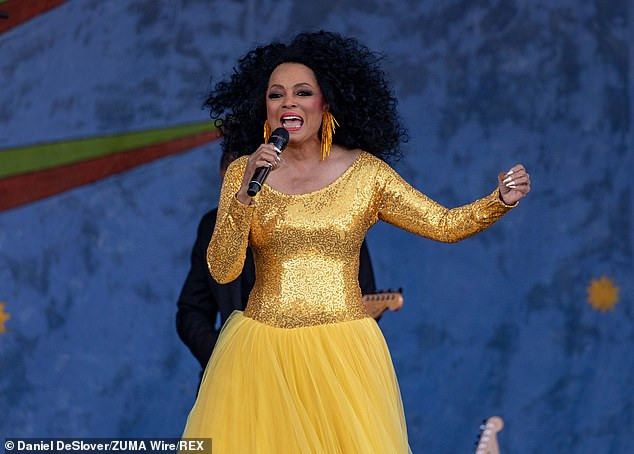 Legendary singer, Diana Ross, 74, has taken to Twitter to cry out that she was “violated” by a Transportation Security Administration screener at Louis Armstrong New Orleans International Airport on Sunday morning following her performance at the New Orleans Jazz and Heritage Festival. The Grammy-winning singer in a series on tweets alleged that the airport official ‘touched her between her legs’ as she was screened.’OK so, on one hand, I’m treated like royalty in New Orleans and at the airport, I was treated like shitLet me be clear, Not the peiple or Delta BUT  TSA , was over the top !!Makes me want to cry !!!It’s not what was done but how, I am feeling violated – I still feel her hands between my legs, front and back ( saying to me it her job ,) WOW!! really mixed emotions I always like to see the good things but not feeling good right now,’ A few hours later, Ross said she was “feeling better” and shared a video of herself performing. TSA spokesman Mark Howell said in a statement that the agency is investigating. The TSA said it is “aware of concerns presented by Diana Ross about her screening experience” but that “all protocols were followed,” according to The Hollywood Reporter. “Initial review of CCTV indicates that the officers involved with Ms. Ross’s screening correctly followed all protocols, however, TSA will continue to investigate the matter further,” the statement added.The post Diana Ross, 74, says she felt ‘violated’ by airport screener who ‘touched her between her legs’ appeared first on Linda Ikeji Blog.

Regina Asika flaunts her banging body as she locks lips with...

The Argentine watched on from the stands as the Blaugrana played...