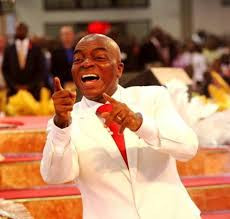 Presiding Bishop, Living Faith Church, Bishop David Oyedepo says he now carts his tithe to God in trailer loads. The Nigerian clergyman who has been declared one of the richest pastors in the world, said this recently while preaching in his church recently. According to him, since 1982 when he started tithing till date, he has never failed in paying his tithe and has continued to prosper on all sides.”You don’t have to steal to shine, you don’t have to rob to prosper. If it is pastoring/founding a church that makes people prosper, there are many pastors/church founders who are paupers.“You can’t go up except by tithing. From 1982 till date, my tithe hasn’t failed once; now I cart it to God in trailer loads,” he saidThe post I now cart my tithe to God in trailer loads Bishop Oyedepo appeared first on Linda Ikeji Blog.