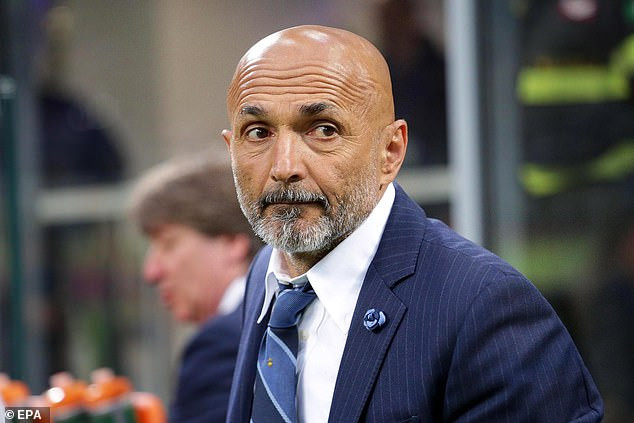 Inter Milan manager, Luciano Spalletti has been sacked after two years at the club with former Chelsea boss Antonio Conte is set to replace the 60-year-old at the San Siro.  Spalletti guided the Serie A side to fourth place and the final Champions League spot ahead of rivals AC Milan, but that couldn’t save his job. A club statement on Twitter on Thursday read: ‘FC Internazionale Milano can confirm that Luciano Spalletti is no longer head coach of the first team. ‘The club wishes to thank Spalletti for his work and the results achieved together.’  Antonio Conte, 49,  who is set to take over at Inter has reportedly added Chelsea loanee and Nigerian football star Victor Moses, 28, to his Inter Milan wishlist. According to FCInterNews, Conte is lining up targets he hopes to bring in this summer and ex-Blues winger Victor Moses is a player he is keen on having worked with him during his two years at Stamford Bridge from 2016.  Moses played an important role in Chelsea which helped secured the Premier League trophy during the 2016-17 campaign.The post Inter Milan boss Luciano Spalletti sacked after 2-years at the club with former Chelsea manager Antonio Conte set to take over appeared first on Linda Ikeji Blog.

Rihanna poses in rare photos with her mom for her new...