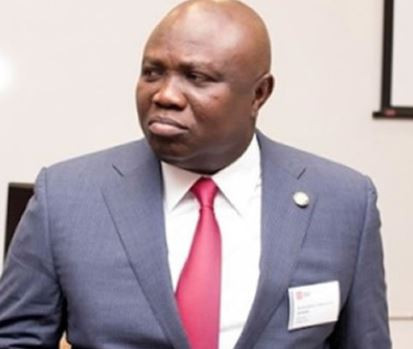 Two weeks after the Lagos State House of Assembly passed the 2019 budget, Governor Ambode is yet to receive it. According to a report by Punch, the Assembly might be awaiting May 29 when the governor-elect,  Babajide Sanwo-Olu, would be sworn into office. A source revealed that government projects had been stalled due to the impasse.He said, “They just refused to pass it to the governor because they want to play politics with the budget. Most of the people in the Assembly are loyal to one man and he appears to be dictating to them. But what more do they want to do to Ambode? They have humiliated him, denied him his return ticket, and even threatened to impeach him. What has he done to deserve all that?  “What they failed to realise is that this is beyond Ambode. It is about Lagos State. It is about governance. Since they took this decision not to pass the budget to him, things have been at a standstill. No development; nothing. This is wrong at all levels because people’s lives are being held.” However, another government source said while the Assembly might have certain reasons for not passing the bill to the governor, the law permits Ambode to spend a certain percentage of the previous year budget. She said, “It is true that the budget has not been transmitted to the governor. But their reason is immaterial. Whatever they like they can do. The law allows the governor to spend a certain amount of last year’s budget pending the time the new budget would be ready. The governor will do his best within the time available.” The Ambode administration had said it sent the budget to the Assembly early, but the lawmakers went on a break and could not sit over it in December 2018.  Early 2019, the Assembly had issued an impeachment threat to the governor for allegedly spending from the budget when it had not been passed. After protests and public demonstrations, the National Leader of the All Progressives Congress, Bola Tinubu, and some party stalwarts called the lawmakers and the governor into a meeting, where the matter was reportedly resolved.  On April 29, the Assembly passed the N873.532bn budget, more than 80 days after the governor eventually presented it.The post Lagos State House of Assembly refuseto transfer 2019 budget to Governor Ambode appeared first on Linda Ikeji Blog.

Pastor Tony Rapu explains why ‘many leaders lack the confidence to...