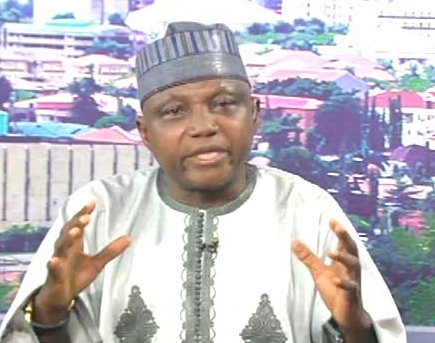 The Senior Special Assistant to the President on Media and Publicity, Garba Shehu, has likened the Miyetti Allah Cattle Breeders Association of Nigeria (MACBAN) with the Ohanaeze Ndigbo and the Afenifere socio-cultural groups. Shehu stated this when he appeared on Channels TV today May 7th.“The Miyetti Allah group is like Ohanaeze Ndigbo or the Afenifere. It’s just a cultural group” he saidShehu made this statement while reacting to claims that the Federal government had offered the group N100 billion to appease them over the many herdsmen attacks recorded in the nation. He denied the claim adding that money was not discussed in the meeting the group members had with the Federal government last Friday May 3rd. Garba added that the meeting was for the leadership of the group to prevail on its erring members. He explained that the existence of some miscreants in a group does not entirely mean the entire members of the association are criminals.“There are criminals with the Yoruba race and you cannot say because there are Yoruba criminals, then Afenifere is a band of criminals,” he saidThe post Miyetti Allah is like Ohanaeze Ndigbo, Afenifere Garba Shehu appeared first on Linda Ikeji Blog.