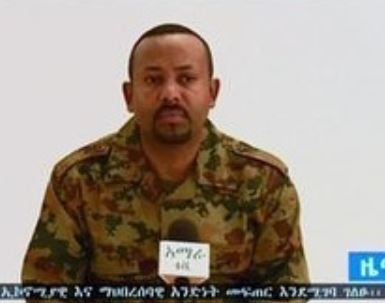 The chief of staff of the Ethiopian army, General Seare Mekonnen, has been shot dead in the capital, Addis Ababa.He was shot trying to prevent a coup attempt against the administration in Ethiopia’s northern Amhara region, PM Abiy Ahmed said on state TV. In Amhara itself, the regional governor, Ambachew Mekonnen, was killed along with another official. Ethnic violence has hit Amhara and other regions in recent years. Since his election last year, Mr Abiy has moved to end political repression by releasing political prisoners, removing bans on political parties and prosecuting officials accused of human rights abuses. Information is scanty, with reports that the internet has been down, but Prime Minister Abiy, dressed in military fatigues, went on TV to make his announcement. He said the chief of staff had been shot by “mercenaries”. The Amhara regional officials were killed by their own colleagues during a meeting, he added. A statement from the prime minister’s office added: “The coup attempt in Amhara regional state is against the constitution and is intended to scupper the hard-won peace of the region”.The post Ethiopia’s Army Chief, General Seare Mekonnen shot dead after failed coup attempt appeared first on Linda Ikeji Blog.

Watch the Premiere of “Our Perfect Wedding” on DStv Channel 151...