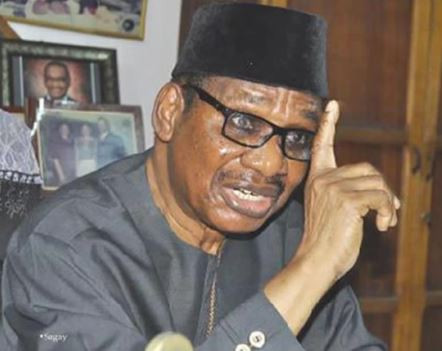 Prof Itse Sagay (SAN), Chairman of the Presidential Advisory Committee against Corruption has revealed that President Buhari and Vice-President Yemi Osinbajo have no obligation to publicly declare their assets. The professor in an interview with Punch stated that, ‘as far as I know, there is no obligation to publish anybody’s assets declaration form. All that the constitution requires is that you fill in the form and submit it. There is no provision for such publication’.  ‘So, I don’t know the law that the Socio-Economic Rights and Accountability Project wants to use in compelling the Code of Conduct Bureau to provide those details. I really don’t know. If the parties concerned do not voluntarily provide it, I don’t think there is any legal ground on which they can be compelled. This is because the law does not require it’ he added. See more excerpts from the interview below…Would the President be willing to release details of what he declared based on his anti-corruption mantra?Yes, it can only be on the basis of a request, which, if he wishes, he can provide. I think they did that before. I read one last time when they took the oath of office in which the President and the Vice President publicly declared their assets. They did that; I remember clearly. Maybe it is for the second term they are talking about now but I don’t think they can get it through the law. They can’t get the President to publish his assets through the law. I would suggest, if they are so intent on getting it, this must be done through negotiation with the Presidency. That is the only way. They can persuade the Presidency for the President and the Vice President to release the statements of their assets.On the issue of anti-corruption, I don’t think a man like Buhari or Osinbajo needs a public declaration of their assets for the whole world to acknowledge that they are squeaky clean as far as integrity is concerned. It’s something that has been established for decades.Are you not taking Nigerians for granted by saying the President and the Vice President are distinguished men of integrity that do not need public declaration of their assets?But we know what they came into office with. I definitely saw that one four years ago when they came into office. But as I said, it’s a matter of conviction. Have they (SERAP) even addressed letters to the President and made a request to the President or Vice President on this matter before going to the CCB? If they have not, then, really they are putting the cart before the horse. There is no way they can legally acquire that information because it is not a required provision of the constitution. So, I think the best thing is to engage in a dialogue.SERAP is requesting the information using the Freedom of Information Act. What about that?The FoI Act makes provision not for declaration of personal assets, but for public matters. In this case, it is their private assets. I don’t think it extends to that. Otherwise, under the FoI Act, (you cannot) take a person to court to disclose how many children or how many wives he has or to provide other information about his life which he may not want to disclose. We must not carry it to a ridiculous extent. I don’t think the FoI Act extends to that sort of (disclosure). It is private assets. If you are talking of public matters, that is a different matter.What do you say to people who argue that their assets four years ago may have increased and will need to let Nigerians know the details?They don’t have to tell us. They have given the details in the asset declaration forms; that is the important thing. I remember the CCB people actually going to the State House to give the form to the President. They filled in the form and that is what the law requires them to do. Having done that, they’ve fulfilled all the requirements of taking office the second time. Any other thing now is an extralegal demand and I don’t think it is going to be successful in court. That is the point I’m making. I don’t think it will succeed.The post No law compels President Buhari to publish his assets Itse Sagay appeared first on Linda Ikeji Blog.

Cristiano Ronaldo puts his eggplant on display as he models his...