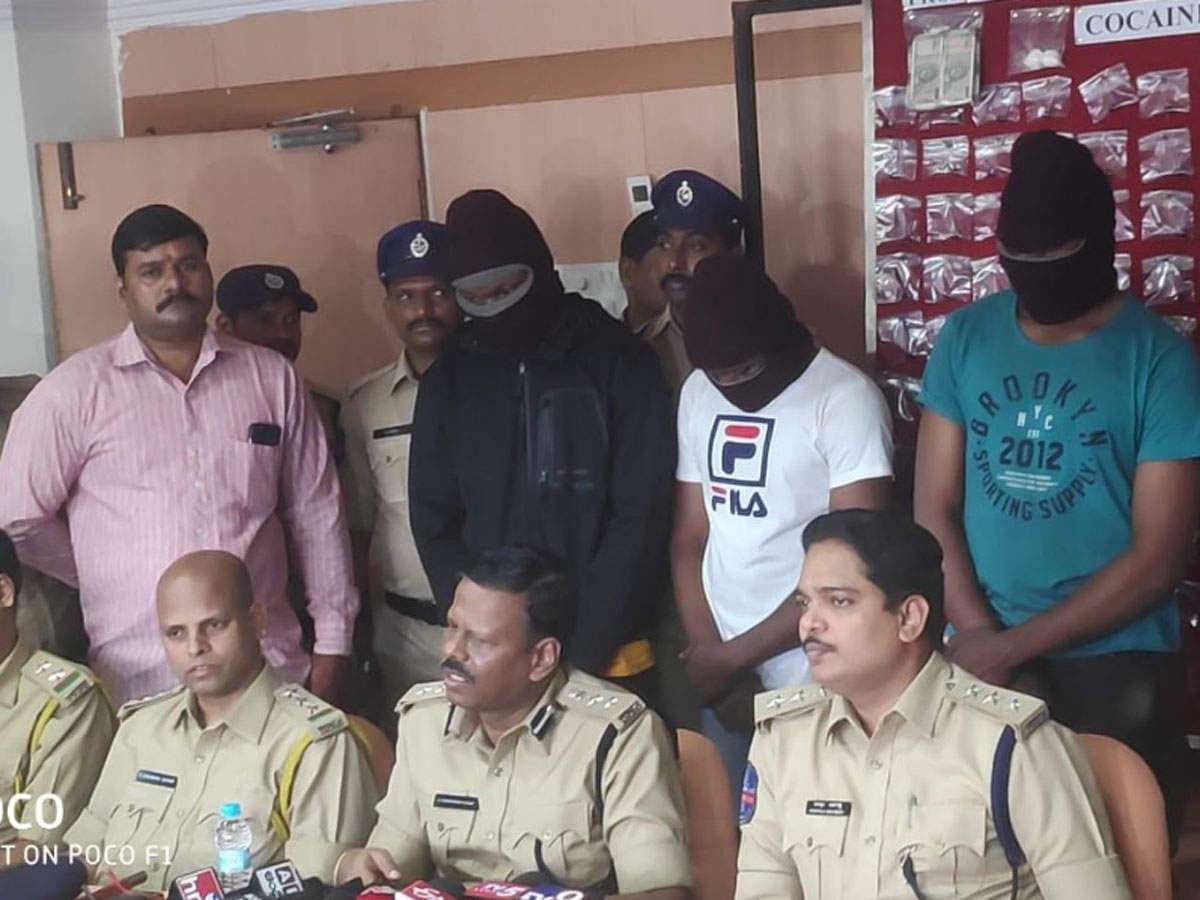 Two Nigerian drug peddlers and one from Ivory Coast, were arrested and 254 grams of cocaine worth 15 lakh was seized from their possession after a raid at their residence at Khadarbagh near Golconda in Hyderabad on Sunday night. Excise sleuths arrested Zadi Pascal of Ivory Coast, Ugochukwu Chima Goodluck and Okoro Uchenna Samuel, both from Nigeria. Acting on specific information, the excise department’s enforcement wing raided a house located at Bahaduryarjung Colony in Khadarbagh, Golconda on Sunday night and arrested the trio in possession of 254 grams of cocaine. “Apart from the contraband, we have also seized 3.2 lakh cash, which the accused have collected from clients by selling the drug. Our team has also seized three motorcycles and four cell phones from the accused,” deputy commissioner, excise, C Vivekananda Reddy, said. On interrogation, Pascal confessed that he had been working for two groups of cocaine peddlers operating from Mumbai and Bengaluru. “Goodluck works for Bengaluru-based cocaine supplier Ebuka, while Samuel has been working for Mumbai-based supplier Dandy, who in turn operates on the instructions of Nigeria-based peddler Lucky,” excise department assistant superintendent N Anji Reddy said. Goodluck came from Bengaluru a few days ago and handed over cocaine to Pascal. After the sale, he was supposed to collect cash from Pascal and hand over it over to Ebuka. Samuel came from Mumbai to keep a watch on Pascal’s operations in the city on behalf of Dandy and Lucky. None of the arrested peddlers have a valid visa and they have been staying illegally in the country for the past two-and-half-years, the excise officials said. The deputy commissioner said they have identified some customers and appropriate legal action would be initiated against them. The accused were produced in court, which remanded them in judicial custody.The post Photo: Two Nigerian drug peddlers arrested in India, 254 grams of cocaine seized from their possession appeared first on Linda Ikeji Blog.

Toke Makinwa has Tips on “How to keep your cool and...