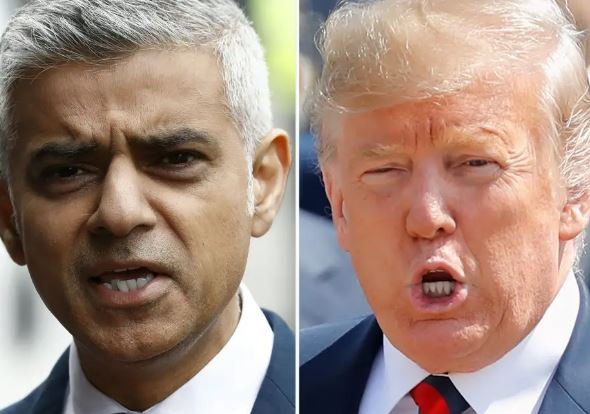 President Donald Trump has launched an extraordinary attack on London mayor Sadiq Khan just moments before touching down in the UK for his state visit.   “@SadiqKhan, who by all accounts has done a terrible job as Mayor of London, has been foolishly ‘nasty’ to the visiting President of the United States, by far the most important ally of the United Kingdom,” Trump tweeted on Monday morning while aboard Air Force One.  “He is a stone cold loser who should focus on crime in London, not me. Kahn reminds me very much of our very dumb and incompetent Mayor of NYC, de Blasio, who has also done a terrible job only half his height. In any event, I look forward to being a great friend to the United Kingdom, and am looking very much forward to my visit. Landing now!”Minutes later, Trump landed at Stansted Airport, where he was due to head from there to Buckingham Palace for a reception with the Queen, Prince of Wales and the Duchess of Cornwall. 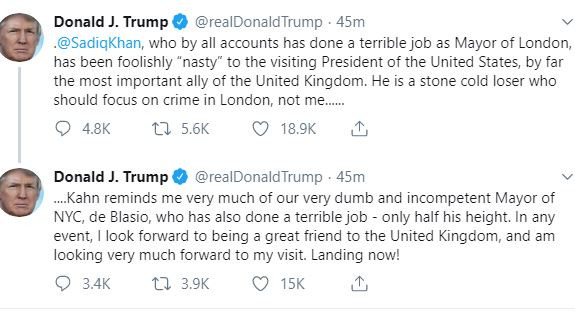 The post Sadiq Khan by all accounts has done a terrible job as Mayor of London and has been foolishly nasty to me – President Trump appeared first on Linda Ikeji Blog.